Get fresh music recommendations delivered to your inbox every Friday.

To Gain Is To FX Send 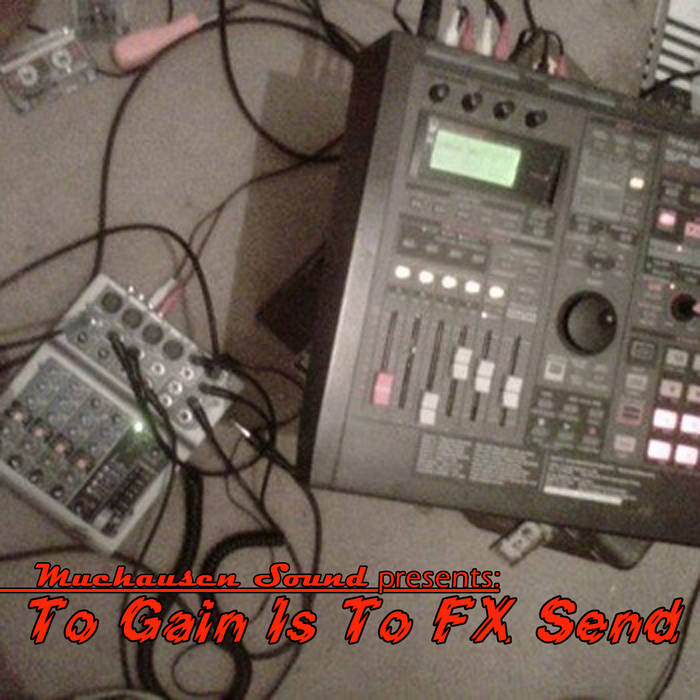 The No-Input Mixer, or No-input Mixing Board, or Feedback Mixer

So, what is this No-input Mixing Board thing? What is Feedback?

- Feedback describes the situation when output from (or information about the result of) an event or phenomenon in the past will influence an occurrence or occurrences of the same (i.e. same defined) event / phenomenon (or the continuation / development of the original phenomenon) in the present or future. When an event is part of a chain of cause-and-effect that forms a circuit or loop, then the event is said to "feed back" into itself.

- Feedback is a mechanism, process or signal that is looped back to control a system within itself. Such a loop is called a feedback loop. In systems containing an input and output, feeding back part of the output so as to increase the input is positive feedback (regeneration); feeding back part of the output in such a way as to partially oppose the input is negative feedback (degeneration).

Thanks go to Wikipedia for the above explanation for feedback, which is the principle answer to the equation of the no-input mixing board. We should all know what the no-input mixing board, or feedback mixer is by now (feedback mixer? – yes, I will get to that in a moment.). Right? Well, if not, you simply take the output of a mixing board and route it to the input of said mixing board. Feedback is produced, molded, and processed through the mixer by the user. So, feedback mixer, huh? I think, personally, I am going with this for all future equipment lists, explanations, etc. Why? It’s simple, really. I am a bit tired of explaining what and why, how I could possibly call a set-up which includes a no-input mixing board with the addition of a sampler, or microcassette, or even oscillator “no-input”. Sure, if you purely used only a mixer and the cables to route your output to input, a no-input mixer, but even the “god-father” of the no-input mixer Toshimaru Nakamura uses..... Oh, fuck it. So, back to the molding and shaping of the feedback to make shrill hi-pitched tones all the way to the opposite end of the spectrum creating low bass drones. One can achieve a full-range spectrum of sounds from full-volume harsh to tiny micro tonal works.

I have been working with the feedback (no-input) mixer since 2007, and have been using it as my main instrument since. I use it for all of my projects, the no-input mixing duo INSECTS WITH TITS, the improvised power drone duo MANDOM, solo, improv., and even when working within the confines of the digital world, taking raw feedback mixer recordings and then working/re-working within software on the home computer.

I owe great thanks to Kenneth Yates, the man behind Caustic Castle and the other half of INSECTS WITH TITS, for introducing me to the concept of the no-input mixing desk. I had been, at that time, working with a dedicated feedback loop channel on my mixer, but only after talking and improvising with Kenneth, did I stow away the excess gear and plug up all my inputs/outputs with ¼ inch cables and start shaping the internal feedback produced from my no-input feedback mixing board desk!!!

Muchausen Sound is a music/noise label based out of Carrollton, GA.
Our focus is on an array of experimental genres from, Harsh Noise to Power Electronics; Minimalism to Death Industrial.

Bandcamp Daily  your guide to the world of Bandcamp